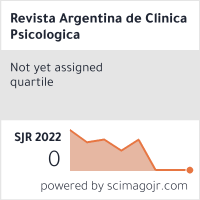 
Abstract
The goal of this study was to assess the association of suicide potential, hereby composed by the presence of hopelessness and suicidal ideation, and psychiatric morbidity with moderate and severe intensity levels of depression. The sample consisted of 391 adolescents from the general population with their ages ranging from 13 to 19 years old, and both the Beck Depression Inventory-II (BDI-II) and the Self Report Questionnaire-20 (SRQ-20) were administered. The results showed that 42 (10,8%) adolescents had answers suggesting suicide potential associated with a moderate or severe level of depression (p <0,001). Of those subjects who scored for the presence of suicide potential, 52,4% reported psychiatric morbidity and, from this group, 27,4% combined psychiatric morbidity with moderate or severe levels of depression (p <0,001).